Are you considering a new Munchkin cat? You have several recognized cross-breeds to consider including the Lambkin, but several more are are available. It’s related to two relatively new cat breeds and is named after a small baby sheep.

The Lambkin is a mixed breed that crosses the popular breed Munchkin cat and Selkirk Rex, which gives the Lambkin cat the curly hair. Lambkins have different features based on the ones they inherit from both parents. The modern Munchkin dates back to an l1983 litter from Louisiana, USA, and the Selkirk Rex first bred in Montana, USA and officially recognized in the early 1990s. The Lambkin’s features include small-to-medium body, and the Munchkin’s short legs and Selkirk Rex’s curly, thick, or crinkled coat.

What Is a Lambkin?

The Lambkin is basically a Munchkin Cat with a Selkirk Rex parentage. Due to the dominant genes of the parent breeds, it has the Munchkin cat’s short legs and Selkirk Rex’s thick/curly coat. The Lambkin can also have coats of different colors and either long or short fur based on the parents’ coat.

The history of the Munchkin breed named after the Wizard of Oz characters has some question marks. Today’s Munchkins were first bred in 1983 in Louisiana, USA, but some people claim the breed’s history actually dates back to the 1930s.

Meanwhile, the Selkirk Rex was first bred in Montana, USA by Jeri Newman. In 1990 it was accepted by The International Cat Association (TICA) then a few years later by the Cat Fanciers Association.

This cross-breed also inherits the personality of the parent breeds. Munchkin cats tend to be social and outgoing cats that enjoy interacting with their owners. They like to play with toys or mice, and cuddle up with their owners.

Meanwhile, the Selkirk Rex is also active and playful. The cat breed doesn’t like to be left alone and enjoys being the center of attention. They often follow their owner around for these reasons.

The Lambkin Munchkin cat is also known as Nanus Rex (dwarf). The breed gets its name due to its appearance that resembles a small young lamb. In fact, the Lambkins are often considered as one of the tiniest cat breeds that exist today and weigh from 4 to 9 pounds. They often look like a kitten during their entire life.

The cat’s common characteristics include the Munchkin’s short legs and Selkirk Rex’s long curly coat. Lampkin felines have different colors and patterns, but white is believed to be the most common color. It also frequently has a long tail with points and blue eyes.

The Lambkins’ coat is long and soft and sometimes looks a little shaggy. In fact, it’s important to brush the cat’s fur weekly, so it stays in good condition. This is common grooming care required for any longhair breed. 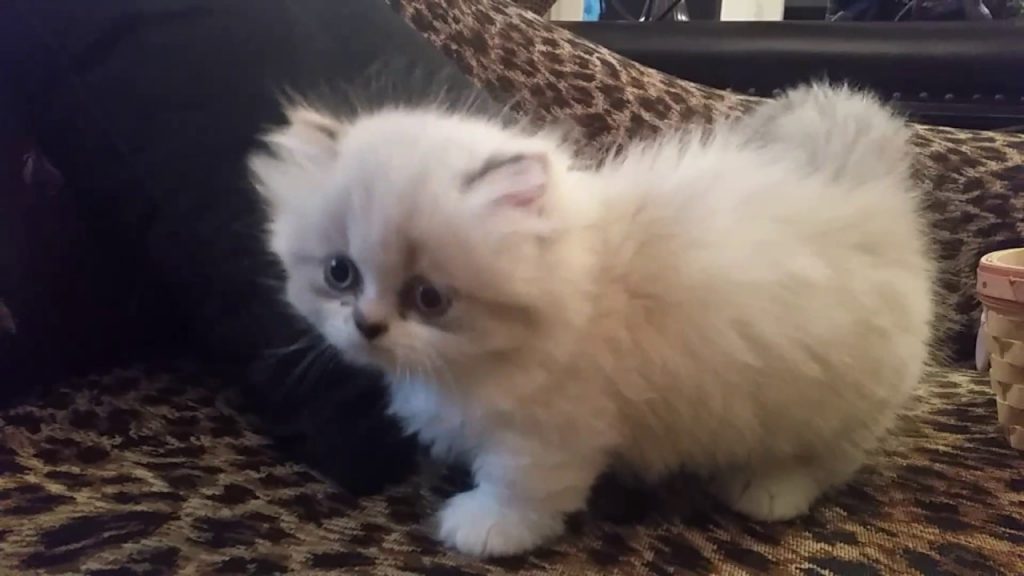 If you’re considering a Lambkin, you should know some basics about what to expect. Since it’s a cross-breed, it’s important to know the personalities of the parent breeds. Munchkin and Selkirk Rex cats have similar personalities, so it explains the likely personality of a Lambkin.

Munchkins love interacting with people including their owners and their cat friends. They love to cuddle up in the owner’s lap at night and during the day like chasing things like mice and toys.

These personality traits are similar to the Selkirk Rex, which is also a playful breed. They’re very gregarious and often follow their owners because they don’t like being on their own. This breed also loves attention from humans.

In terms of health, Lambkins aren’t naturally short-legged and have this physical feature due to a condition called achondroplasia.

There’s some debate about whether the Munchkin and Lambkin experience health problems or discomfort due to this condition inherited from its parents. 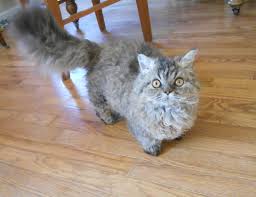 TICA is the world’s biggest genetic cat registry for pedigreed/household cats. It was founded in Missouri, USA in 1979. TICA is now a worldwide organization, and one of the biggest sanctioning bodies for global cat shows.

There’s some controversy about how long the Munchkin breed has existed. It’s been claimed the cats have existed since the 1930s. However, today’s version of the breed dates back to a litter that was born in 1983 in Louisiana, USA.  TICA then accepted the cat breed.

Meanwhile, the Lambkin’s other genetic cousin Selkirk Rex was first bred in Montana, USA. It was accepted by TICA in 1990. Although the Cat Fanciers Association has accepted the Selkirk Rex as a breed, unlike the Munchkin.

Lambkins are also known by other names like Nanus Rex as Nanus means “dwarf.” However, the small cat is more commonly known as Lambkin due to looking like baby lambs.

TICA has also accepted Lambkin dwarfs. They have declared that the cross-breed has been recognized due to a genetic mutation rather than a deformity. TICA also believes the short legs don’t affect the animal’s everyday movement or quality of life.

Are There Lambkin Health Problems?

Munchkins are more likely to have Lordosis and Pectus Excavatum. Lordosis is an inward curve of the cat’s spine. This differs from the normal curves of regions like the lumbar. This condition can occur in various regions like neck (cervical) and lumbar spine and can cause pain and movement issues.

Pectus Excavatum is a condition in which the cat’s breastbone sinks into its chest.  In severe cases, the condition causes a deep dent in the middle of the chest. The sunken breastbone can often be noticed soon after birth, but it usually worsens during the feline’s adolescence. The condition is also more common in males than in females. Severe cases can affect the function of heart and lungs while surgery can correct Pectus Excavatum.

While the Munchkin and Selkirk Rex tend to be more vulnerable to certain conditions time will tell if a Lambkin cat will also experience them. It also greatly depends on whether or not the parents experienced such issues, so it’s critical to research this issue. 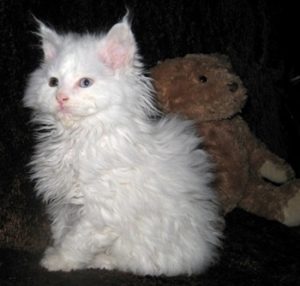 The Lambkin is one of various cat breeds you could consider when picking a new pet. It’s a cross-breed between the Munchkin and Selkirk Rex. TICA has accepted all three breeds.

Nanus Rex are small, cute cats that often have short legs and curly coats. They’re often referred to as Lambkins due to the appearance of baby lambs.

In terms of general health, lambkins are more susceptible to certain issues that are also more common among Munchkins and Selkirk Rex breeds. However, it also greatly depends on health issues their parents had.

If you’re considering a lambkin as a pet or breeding, you should also know this is one of the rarest cat breeds in the world. This is due to it being a new breed.

When searching for a Lambkin for your household make sure to pick a reputable breeder. This will greatly reduce the chance the kitten will have any dwarfism-related health issues. The Lambkin has lots of energy and will get along well with your family and even other pets.