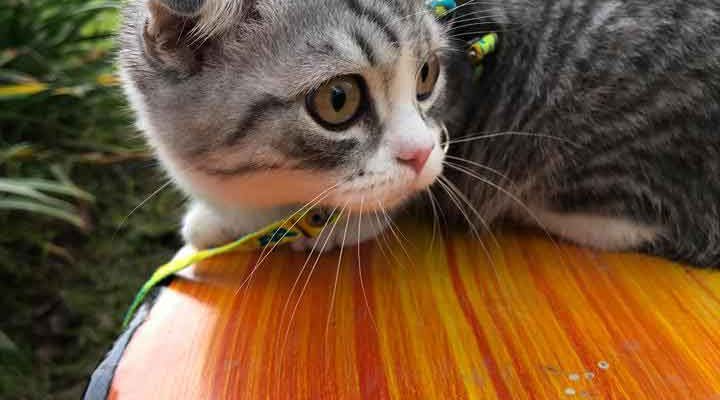 The Munchkin Cat Scottish Fold Mix, also called Scottish Kilt, is currently buzzing in the breeding world nowadays. Some of you may be familiar with it, while others are still not. The cross-breed felines are overloaded with cuteness which makes it so easy for them to be noticed and loved by people.

Scottish Kilts are domestic cats on which their ears are folded because of the gene-mutation that are dominant throughout their body. These are a mix of two different breeds, a Scottish Fold, and a Munchkin Cat. They are being described to have an “owl-like” physical appearance. These appearances are what make them unique and famous than the other cats and mainly the reason why they are making noise in the world today.

What Is a Scottish Kilt?

Scottish Kilts are cats whose breed is a combination of a Munchkin Cat and Scottish Fold. These breeds have distinctive traits of their own in which when the genes of these cats combine, they produce one of the most unique and cutest breeds in the world. While most of the cats have folded ears, there are also some who don’t depend on whose genes are dominant. These two are so different that even their health problems can also be a concern. 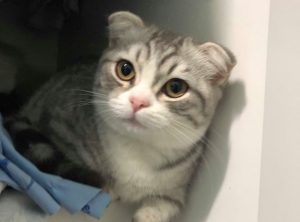 Although, they are identified for being sweet and playful who loves to be around people, and many children seem to enjoy them as well. Aside from that, they are also calm and well-behaved making them adapt to their environment easily. They are particularly not noisy and can take long naps throughout the day.

Today, the Scottish Kilts are being haunted from places to places because if its popularity, so people have been wanting to buy and pet them. They are so rare that their selling price is higher than the usual kittens in the market. It is also said that all of today’s folds are a descent of a Scottish Cat whose name was Susie, which was found in 1961 by a shepherd. 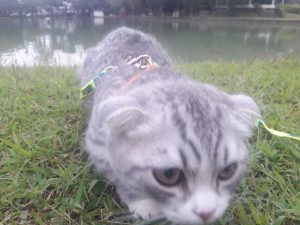 Although Scottish Fold Munchkins’ most well-known characteristic their folded ears, they are not actually born with them. The cat that carries the gene starts folding about 3-4 weeks after birth. Even though they are best identified because of their ears, there are other characteristics which will help you distinguish these cats. They have very short legs, usually the back ones longer than the front legs which make their back rise up a little bit.

They have such round eyes, a short snout, and a lovely and thick fur compared to other breeds. Their furs also vary in colors depending on the genes of their parents. Healthy Scottish Kilts can live up to 11 to 15 years especially if they are well taken care of.

Owning a Scottish Kilt can be described as a privilege especially for cat lovers. Aside from they are very rare and a bit pricey, Scottish Kilts are one of the in-demand breeds right now in the market. But you know, their physical appearance is just a bonus. Personality-wise, they are the best kind of pets to have. They love being around people so having their owners with them make them feel happy and loved. Scottish Kilts are affectionate by nature, but they also cling for attention. Yes, they are kind and calm most of the time, but they can be pissed off too once deprived of them.

So, they better treat them like their own and play with them because they love it, especially with playful children. Better make sure also that you take care of their hygiene because they need it, too. Taking them to the pet shop for grooming and brushing helps. This should be done on a weekly basis for you to be sure that they are well-groomed and clean especially when they live inside your house. Also, take note of all the vaccines needed for the cats too in order for them to grow perfectly healthy.

The International Cat Association, also known as TICA, is the largest genetic registry of domestic cats and household pet cats. Presently, it has already recognized 71 breeds of different cats from the older ones up to the modern ones. One of those breeds is the Scottish Kilts as it has already been accepted by TICA.

TICA is said to be the only organization that has accepted Scottish Fold Munchkin Cat as a breed. This is because of their unique physical appearance and their genetics of having short legs which are suspected to be the causes of some medical issues, specifically spinal issues. However, upon keen scientific research, it has come to know that the short legs of the Munchkin Cats are caused by their dominant inheritance from parents and are never a factor for spinal issues. This is the one and only research that leads TICA to accept the breed.

Are There Scottish Fold Health Problems?

A Scottish Fold is one of the two breeds that produce a Scottish Kilt. The other one is the Munchkin Cat, which is said to be generally and perfectly healthy. While sometimes it tends to get sick, this is not the main concern and is not a long-term sickness. It has just been speculated to have health issues because of its physical appearance. So, if a Munchkin Cat is generally healthy, how about a Scottish Fold? It is said to be healthy as well. However, research says that because of their folded ears, they are subject to some genetic diseases like Osteodystrophy.

This disease can cause a Scottish Fold to suffer from arthritis which affects the bones of the legs. This poor cat can feel severe pain their legs that it can lead to slow mobility and stiff bones. Another disease that a Scottish Fold can get is the Polycystic Kidney Disease. This is common for adult cats but sometimes kittens may also inherit this. And although this sounds like a serious disease, some cats carry them without experiencing any symptoms. But, they could get tired of their usual routine, lose some of weight and vomit whenever they get sick.

The Munchkin Cat is said to be slightly more prone to the conditions of Lordosis and Pectus Excavatum and the Scottish Fold is more prone to PKD and arthritis so these should be issues to be aware of when owning a Scottish Kilt.

There are certainly lots of things to know and understand about Scottish Kilts. Not only as a whole but also the breeds of where they came from, a Munchkin Cat and a Scottish Fold. We know that these two breeds are so different that when they mate, their dominant genes can be passed onto their offspring, resulting in a Scottish Fold Munchkin Cat. This type of cat is very unique and beautiful, making it one of the rarest and in demand kind of felines today.

Accepted by TICA, Scottish Kilts became more famous and popular as this breed has proven that their genetic issues are not a hindrance for them to be recognized all around the world. And because of that, more and more people are looking for Scottish Kilts for them to pet and to own. These charming cats are surely what you will want as a companion in your house just like me.

Their personality is unlike any other noisy cats that are sometimes moody and are aggressive to their owners. They are very affectionate and are definitely one of the best breeds to consider, as they are said to be an all-in-one package of what pet cats should be. Owners just need to take time and consider learning more about them and also about their hygiene to help them grow into healthy and adorable cats they need to be.

They are affectionate and love to be around people. I have taken Elsa on several trips and she loves her days out.