Lifespan of Munchkin Cats – How Long Do They Live?

Lifespan of Munchkin Cats – How Long Do They Live?

Because the Munchkin Cat is a relatively new breed, as well as being controversial a perfectly valid question to ask is how long your Munchkin Cat may live for. With fears about ill health and rumors abound, the question gets even more natural.

The short answer to this question is between 12 and 14 years. However, with the Munchkin Cat it can get a little more complicated. As a new breed, firstly there isn’t as much data as there is say, with a Maine Coon. Secondly, the Munchkin Cat has many common cross breeds with which exist, and each of those breeds has a different lifespan. A purebred American Curl can easily live longer than 15 years. Data is still coming in but you might expect an American Curl Munchkin Cat (a Kinkalow) to live longer than perhaps shorter living breeds.

So if you like a small fur-ball with a friendly and energetic nature then you needn’t worry about the lifespan of a Munchkin Cat. 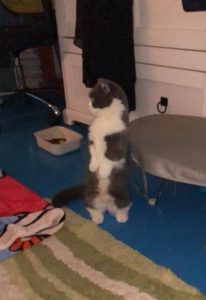 What Is the Lifespan of a Munchkin Cat?

As alluded to earlier, the experts currently consider the average to be in the range of 12 to 14 years. This places it well in the average lifespan of most felines. Some breeds can have difficulty after 8 years and some are much more comfortable living to around 15 years. Which in percentage terms, is quite a difference.

The important point though is that currently data is still being collected. We are not into many generations of Munchkin Cats, so that the figure is reliably accurate. It’s currently, indicative only.

How Long Do Munchkin Cats Live Up To?

Currently they are too new a breed to have any reliable data. As far as I can tell, there are no records, or stories that relate to tales of how long a Munchkin Cat could possibly live up to. No-one has so far compiled a list of data that shows what the current ‘Longest living Munchkin Cat Is’.

The breed is too controversial and new to have a reliable answer to that question.

Most people seem to want to know what record it does hold, which the Munchkin Cat does under the category of ‘Shortest Living Cat’. The answer is Lilieput, a Munchkin Cat owned by Christel Young of Napa, California. The nine year old Munchkin Cat stood 13.34 cm (5.25 in) from the floor to the shoulders on 19 July 2013.

Does the Breed Matter to Lifespan? 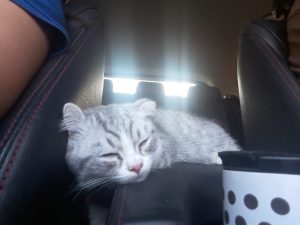 Once again, this is perhaps a question where reliable data just simply isn’t available. We are only a few generations of Munchkin Cat lifespans into any knowledge.

No study has been done and as some cat organizations don’t recognize the breed it is simply too difficult to tell. No doubt one day soon, someone doing a Ph.D will apply their brain to research exactly this type of topic and question, but as yet, no answers are forthcoming.

It is only a supposition at the moment but, health effects aside and with detailed study it is possible that different breeds produce some variability to the Munchkin Cat lifespan.

Some breeds are known to age well, have very few health problems with a robust constitution and less susceptibility to known feline problems, like polycystic kidney disease. Others are prone to a range of issues, and thus possess a shorter lifespan on average.

It’s important to realize, that this is supposition only. No detailed study or even reliable circumstantial data has been produced.

Factors That Might Shorten The Lifespan of Your Munchkin Cat

Largely speaking, the controversy surrounding the breed stems from the question of health. Being a very new breed there is limited data to support any firm conclusions as yet. Studies are underway, but it will be several years before any long term analysis is conducted.

Circumstantial evidence with many happy Munchkin owners suggests that the breed suffers no shortage in its quality of life, and many report very happy playful cats.

It would be fair to say that some are concerned with the deliberate breeding of a feline specifically with the intention of carrying on with a known disadvantageous gene is unethical.

There are several known conditions that can lead to any cats welfare being lowered.

Obesity – When any cat becomes obese, either through lack of exercise or an unhealthy diet, just like humans this, healthwise predisposes the Munchkin Cat to a range of illnesses, from diabetes, arthritic and heart problems. The Association for Pet Obesity Prevention, in a 2011 study found that 50 per cent of all cats were obese or overweight.

Improper diet – The list of preventable illnesses to any cat from an improper diet should stop any self respecting cat owner from feeding their pet ‘garbage food’. You could be well advised to research the cat foods you currently feed your cat.

Genetic disorders – While research is still being conducted, it is possible that Munchkin Cats suffer from a few medical conditions that are known.

Munchkin Cats Have Been Linked To A Few Medical Conditions

Some kittens have been known to have a condition whereby the spinal muscles don’t grow long enough. This condition is called Lordosis. The result is that the spine shrinks slightly downward towards the kittens body,

Also, some Munchkin kittens have developed a deformity of the breast bone.

The problem comes though is that this has happened in other cat breeds as well, so it’s far from certain that this a genetic trait to Munchkin Cats.

There doesn’t seem to have been an impact on the lifespan of the breed as such so more data is required still to come to firm conclusions.

A condition known as achondroplasia, which is an enlarged head with respect to shortened legs has so far, not been seen in Munchkin Cats.

It is also known that is a fatal idea to breed two Munchkin Cats. There is a high fatality rate in Munchkin Cats if both parents carry the short legged gene.

I have also managed to locate a study done in Japan (conducted in 2012) that seems to suggest that Munchkin Cats have a slightly higher risk of catching a feline urinary tract disorder. It’s still lower than some other breeds but should be noted nonetheless.

There was much more scepticism years ago when Munchkin Cats were newer to the world than there is currently though. The speculation of the early years that Munchki Cats would develop spinal problems has so far proven to be inaccurate.

So far the only physical aspect that can be attributed to Munchkin Cats is that because of there shortened legs they don’t seem to be able to jump as far as regular sized cats. 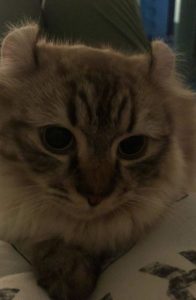 How To Increase The Lifespan Of Your Munchkin Cat

If a Munchkin Cat is well taken care of then there is no reason at all why it can’t lead a happy and prosperous life. Keeping aware of your Munchkin’s physical and emotional needs will ensure longevity.

Things you can do include;

Proper diet – A Munchkin Cat is tolerant of a lot of foods and provided they receive a healthy food source and plenty of exercise and stimulation then they can be very satisfied. I find the barf from a local cattery is well received as a daily food when they are growing.

Plenty Of Exercise – Like most cats, Munchkins often don’t need encouragement to play around and run around my house. If you have ever witnessed one of these cats running, they have amazing cornering speed. I have an indoor play corner where they can relax and exercise.

Regular Health Checkups – A regular visit to a vet, to vaccinate properly and see if any problems can be caught early is always a good idea. Keep an eye out for signs that something is wrong, and if in doubt, then a vet trip would be a good idea.

Spaying or Neutering – There’s an interesting set of facts here. Did you know that spaying or neutering can have a significant impact on any cats life, so I presume Munchkin Cats will be no different. Studies have shown that a neutered male cat can live up to 62% longer than an un-neutered one. In female cats the difference is ot quite so large, being 37%. That’s quite a difference nonetheless.

Indoor Munchkin Cats – Although this is something you might have to wrestle with conscientiously speaking, did you know that indoor cats live longer than cats allowed to go outside. Being exposed to dangers shortens their lifespan on average.

The best way to ensure the long life of your munchkin Cat is keep them healthy and not place them in danger. Although the ‘big bad world’ may be where your Munchkin wants to roam, it can be full of dangers, so careful appraisal is always best.

Diet and exercise are also most important. Munchkin cats can eat a lot and providing them an appropriate amount of healthy food coupled with regular exercising will keep them in tip top condition.

Personally, as mine are indoor Munchkin Cats i like to take them for a walk. It’s good for both of us.

So eating well and exercising regularly will drastically improve the lifespan of your Munchkin Cat and perhaps keep at bay such debilitating diseases like diabetes, arthritis and heart problems from obesity.

Tags :
Lifespan of Munchkin Cats - How Long Do They Live?