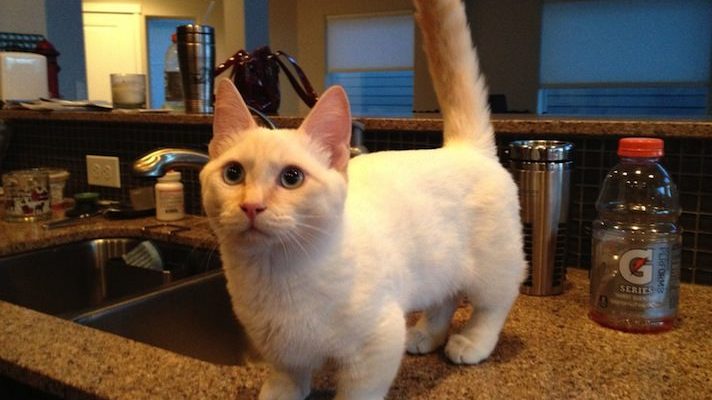 This a perfectly natural question to ask. With their shorter leg length, many people understandably wonder about the Munchkin Cats jumping ability. After all, it’s what any cat is known for, that propensity for jumping on counters, outdoor fences and the back of chairs.

In short, the fact that the Munchkin Cat has shorter leg lengths doesn’t make much difference in their willingness to jump. There are different leg lengths of Munchkin Cat as well to make the matter even more complicated. I have several in the super-short category and they are quite willing to jump around but tend to only do so on beds, coffee tables, chairs and window sills. However, they certainly can, and do jump. The ones with only a slightly shorter leg length known as ‘standard’ Munchkin Cats will quite happily jump on kitchen counters. Even mine, if pushed can jump onto a kitchen counter to get food if necessary.

For those that are unaware the Munchkin Cat has three subcategories of leg length. These are ‘standard’, ‘super-short’ and ‘rug-hugger’.

For a sort of approximation 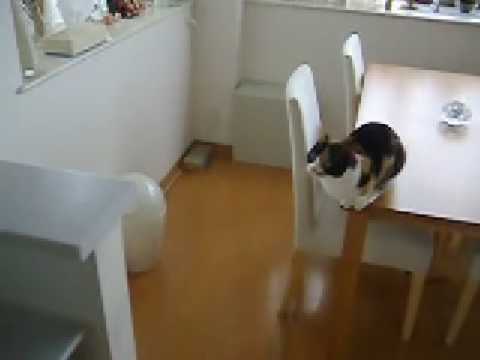 It’s important to be aware, there are no specific guidelines on these definitions and everybody’s may vary slightly, but I’ve mentioned it above to be a sort of guide, not set in stone. The definitions appear to be in the eyes of the owner.

When any cat jumps, it uses the power of its legs to spring into the air. Thus it is reasonable to assume that a ‘standard’ Munchkin Cat will be able to leap further and faster a ‘rug-hugger’.

No studies have been done, as the breed appears to be too new, so it appears more a combination of common sense and anecdotal evidence at this point.

Thus any questions about Munchkin Cats ability to jump really has to be prefaced by what sub-category the individual cat is in.

How High Can a Munchkin Cat Jump? 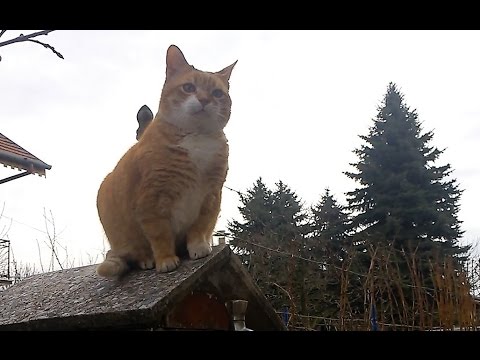 There is no standard answer to this question. No one can say with a straight face or certainty that a Munchkin cat cat only jump 50% as much as a normal cat.

The simple fact is there is a range of leg lengths that make this question a matter of grade. A ‘standard’ Munchkin Cat will have a greater jump height and distance than the ‘rug-hugger’ variety.

The standard leg length can be only a little shorter than a normal cat, thus there’s very little hindrance.

Can Munchkin Cat Jump on Counters?

This question gets asked a lot. Not because people want to know specifically, but because i think it helps people visualize a Munchkin Cats ability to jump. Almost every breed can get to a countertop, thus if a Munchkin can’t then you have a guided answer.

As it happens, mine don’t jump on the kitchen surfaces, although that may be because I feed them on the floor, so they see no need to jump up there.

In terms of ability though, perhaps it’s better explained by watching the following video

That seems to answer the question rather definitively doesn’t it.

Will They Jump During Play?

Oh yes, in fact sometimes they are keen to do so, Their shorter legs don’t seem to interfere with their needs to jump, just the ability if the Munchkin has much shorter legs.

You can be rest assured that that dangling kitten toy won’t be met with a feline indifference. A munchkin kitten doesn’t seem to know it’s shorter and just displays cat like enthusiasm for leaping around.

Mine are constantly doing so.

Once again, it’s probably better explained by watching a video;

No, not at all. I’ve not seen any evidence to suggest that a Munchkin Cat will jump any less than a regular cat.

Having owned both, I really don’t see much difference, and neither have I heard any anecdotal evidence to suggest they do.

What About Munchkin Running?

This is another aspect about Munchkin cats that people also ask about in relation to their short legs. Any cat uses its legs for both jumping and running.

A Munchkin will sometimes look like it is crawling along the ground, or at least, purposefully lowering itself, as if it is stalking. Thus you might be forgiven for thinking these cats don’t or can’t run.

Once again, you might be quite surprised. They can have a surprising turn of speed when they really, really want.

Watch this to give you an idea.

It can also run up and down the stair with a good amount of energy and efficiency as well in case you were wondering.

On the complete flip side of jumping is that other cat like ability, … that of falling.

A cat, on any drop is known to be able to flip and land on its feet. As it does so, and you can youtube slow motion cat drops to see this, it will use its legs to compress the force of the drop so it lands very safely and proficiently.

So, a Munchkins legs, being shorter, might reduce this ability and severely hinder its ability to survive large drops.

I thought I’d explain this with a story.

She is an American Curl Munchkin Cat, and I would classify her in the super-short leg length category. She is 8 months old, at the time of writing and at the time of the incident.

I live on the 3rd floor of an apartment building with several Munchkin Cats. Quite inadvertently I had left the patio door open. I will never make that mistake again.

Looking around, after the sun had gone down, I became worried and eventually horrified to find I could not locate her. After much searching I concluded she can ONLY have fallen off the balcony. 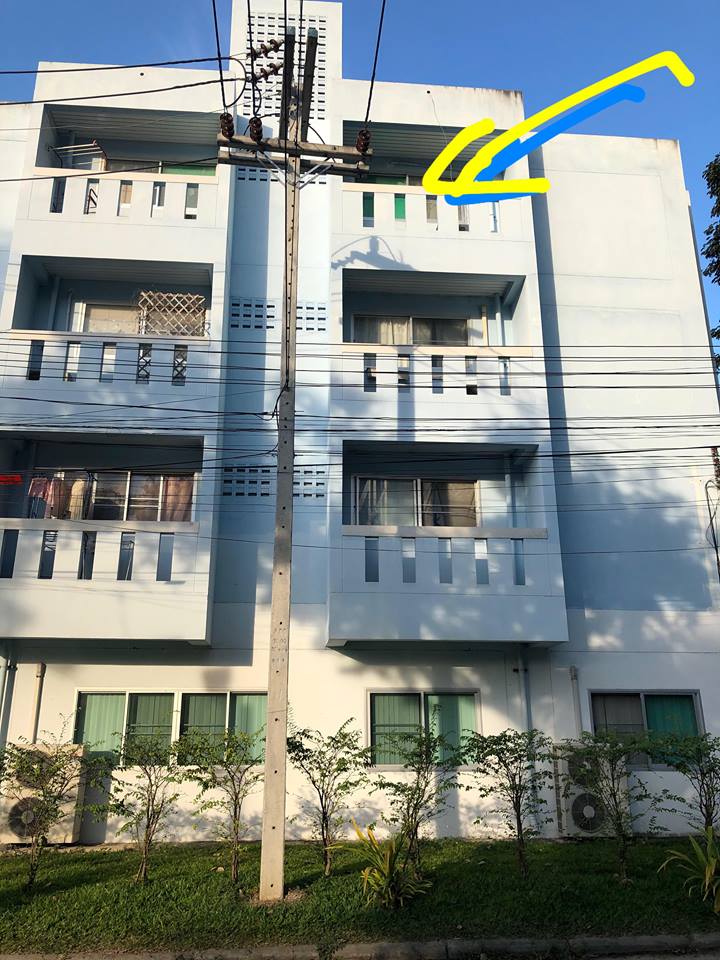 There are no climbing angles for to have gently gone down. She must have dropped 30ft to the ground, I presume accidentally.

The story has a happy ending in case you were wondering. Although I couldn’t find her that night I did the subsequent one, with the help of some very good neighbours.

Apart from to show my carelessness, the point of the story is to show that a Munchkin Cat can fall a considerable distance without injury. I took Sushi to the vet immediately and had her X-rayed and I’m told everything is fine, she was just a little shaken.

It seem those little legs of hers are quite capable of rapidly decelerating her descent like any other cat.

These little cats continue to amaze me. 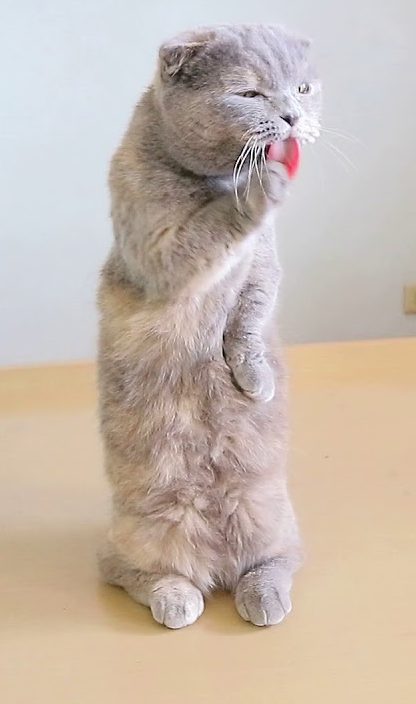 There seems to be definitive answer here to conclude with as there are several leg lengths of Munchkin Cat. A ‘standard’ Munchkin Cat might be pretty much similar in the ability and power of a normal cat, certainly in day to day use around the house and its stomping ground.

I would hazard a guess here, but when most people are asking about a Munchkin Cats ability to jump they are specifically, yet unknowingly referring to the ‘super-short’ and ‘rug-hugger’ categories of leg length. While rug-huggers do jump, run and play they will inevitably be more limited in their jump height and propensity to do so.

That being the case, then yes, obviously there is a an impact on their ability, the question is how much and does it impede the animal in any direct way.

A good analogy here might be that the average car nowadays can do around 150mph, yet all of them can do 60mph comfortably, which is the range they are most often used in.

So owning a Munchkin Cat is much like that. It can’t leap as far as a normal cat in domestic use, in the same way I can’t leap as far a Jesse Owens. However, wandering around the house, and leaping on and off furniture, it will do just fine.

That said, you might still be surprised at the power they can muster to jump when absolutely needed,

Plenty of anecdotal evidence that they can jump quite high if needed. Watching this might help.